IDEAL FOR PROTECTING A VARIETY OF SURFACES

WHAT IS A SELF-ADHESIVE PROTECTIVE FILM?

A self-adhesive protective film consists of a support layer (mostly LDPE) and an adhesive layer. The film, in combination with the adhesive layer, determines the extent to which the product is suitable for temporarily covering a surface. Every surface is different in structure, and, therefore, almost every surface needs its own surface-specific adhesive layer.

Almost all self-adhesive protective films manufactured by Easydek are equipped with a water-based adhesive layer. The film is a special LLDPE foil with a higher elasticity and is, therefore, able to deal better with intensive loads.

Easydek offers different thicknesses for covering a floor or staircase. However, practice shows that professional users work almost exclusively with the 100-micron variant. This is an extra thick protective film that can withstand even intensive construction work. A 200-micron protective film is also available as a solution for the most demanding applications.

Easydek only works with the very best qualities in adhesive layers and films. This results in products that are unrivalled in quality, and the risk of complaints during use is reduced to a minimum.

The self-adhesive protective films are mostly reverse wound. This means that the adhesive layer is on the outside of the roll. This has the advantage of being is very easy to deploy by hand or foot. Simply place the roll on the surface to be protected and roll it off. When the seams overlap, it forms a seamless and moisture-proof surface cover. This means that you no longer have to use adhesive tape. 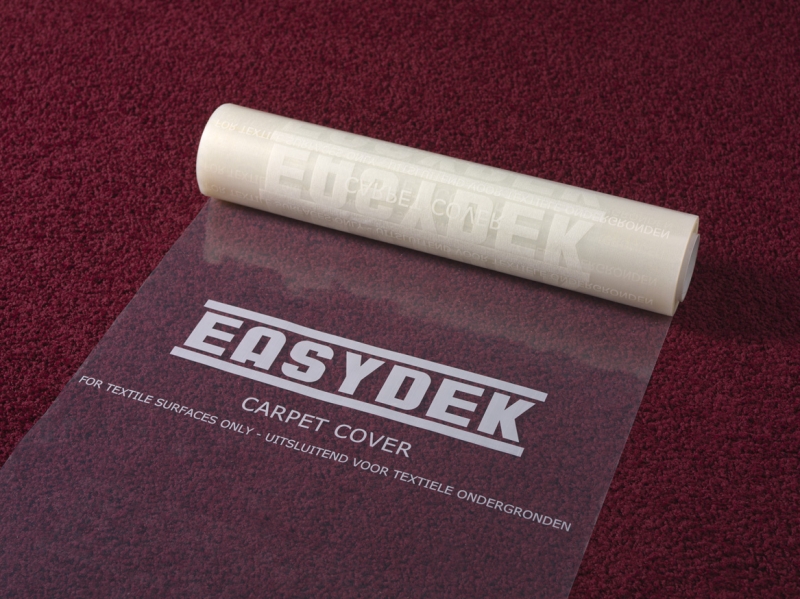